Before seeing together whether it is reasonable to mix alcohol and Anavar, it is important to know that Anavar is the trade name associated with oxandrolone, which is one of the most widely used oral steroids at the moment.

This anabolic steroid drug is a synthetic derivative of testosterone and therefore it is important to take into account that it influences this level of hormones naturally present in the body of everyone, male or female.

It is a drug that can be used in different circumstances and recommended on a short-term basis. For example, if you are looking to gain muscle mass from lean tissue, especially following a health problem or an operation, but also to lose fat, improve your athletic performance, etc.

Although studies have shown that Anavar is one of the brands of anabolic steroids the safest on the market for both men and women, especially for their use in the world of bodybuilding, you must still remain vigilant and consult a health professional. 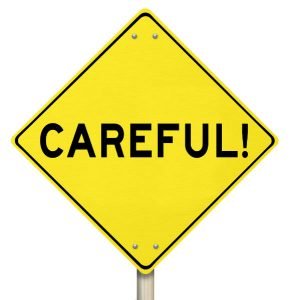 Oxandrolone, or Anavar, should be considered like any drug, it’s all about dosage! An incorrect dosage of the steroid dose can, by itself, cause Side effects severe since it directly affects your hormone levels.

Also, watch out for a possible allergic reaction! Both inadequate use or abuse of oxandrolone can lead to short-term and long-term complications. Among the most severe:

The first thing to do will therefore be to take a dose that will be adapted to both your weight and your height according to the recommendations of a doctor. Together you will assess what is best for your system and how you use oxandrolone.

As a general rule, the normal daily dose of Anavar for a man ranges between 25 and 50 mg depending on the expected results. As for women, the dosage will normally be lower, since it is adapted to their body size, which means that 10 mg may be sufficient for some.

Combined with other drugs or alcohol, steroids will be assimilated differently by the body and it is therefore imperative to take certain factors into consideration.

Mixing Anavar and Alcohol, Is It Reasonable?

First of all, it is well known that mixing drugs and alcohol (or other drugs) is strongly discouraged. Oxandrolone, in other words, the Anavar brand steroids, being a drug in its own right, this recommendation applies. Consuming alcohol and Avatar at the same time is not recommended.

In addition, the National Institute on Drug Abuse (NIDA) has reported from studies that prolonged steroid use can cause damage to two major organs, which are the liver and kidneys. If we take into account that simply taking too much alcohol already causes damage to these same organs, there will obviously be a higher probability that the mixture of the two substances can cause complications, in particular overworking of the liver, which could also worsen into cirrhosis or possible liver failure.

But these are not the only risks and health problems that can be caused by mix Anavar and alcohol, or other types of steroids. This can cause other more or less serious medical conditions such as:

The side effects can therefore be as much physical as psychological and this can cause long-term damage that we do not realize until too late … One of its possible mental instabilities is also well known under the name of “Roid rage”, which is none other than uncontrolled attacks of violence and from which bodybuilders and other athletes can suffer in particular.

For someone who drinks one or two glasses from time to time, this will not necessarily be a problem since the risks are low, but if we consider the fact that alcohol partially disinhibits a drunk person, we can find himself in situations of endangering oneself and/or others through excessive violence.

Although Anavar is not the brand of steroids with the most side effects, drinking alcohol while taking oxandrolone should be reconsidered because each metabolism, each person reacts differently and it is difficult to predict the consequences of what may happen if these two products are mixed.

As mentioned above, the greatest risk remains that of hepatotoxicity, the liver is particularly sensitive to both substances. It is better to avoid taking the risk of damaging it, the most reasonable will be to strongly limit or stop alcohol consumption during your medication.

If at any point you plan to consume a lot of alcohol, then it is better to reduce a few days before the daily dose of steroids, this will both purge your system and prevent accidents. Also, pay attention to the type of alcohol… The stronger the alcohol, the greater the likelihood of damage to the liver.

Finally, long-term consumption of alcohol and Anavar, or other steroids, can also increase the risk of certain side effects and health problems that can be caused by either taking anabolic steroids, such as oxandrolone, alone. , or alcohol.

Another research published in the “Journal of Steroid Biochemistry” notably shows that the consumption of beer and wine alters hormone levels, which has the effect of increasing the level of estrogen in the body. body of the person. This can amplify an already unstable mental state, which would prompt him to take steroids in an attempt to improve his mood. Unfortunately, the mixture of steroids and alcohol can then, without realizing it, trigger a cycle of dependence on these two substances.

You will understand, it is therefore not without risk to mix Anavar and alcohol, it’s all about dosage, metabolism and moderation!

No comments to show.